4 Bugs that Could Kill Your Trees This Spring

Spring is here, which means it’s time to watch out for bugs that could harm or even kill the trees in your yard. Here in North Texas, the environment is particularly favorable to insects and other pests that feast on the leaves and bark of trees. That means we should pay careful attention to our yard, because many of them work quickly, with the ability to kill a beautiful pine or ash before you’re even aware there’s an issue. And unfortunately, with the spread of invasive species from other parts of the US and the rest of the world, there are more bugs than ever to keep track of.

This isn’t meant to alarm you. But it is a good idea to check on the state of your trees from time to time, especially in the spring, because if you do see signs of pests, there are steps you can take to protect your trees before it’s too late.

Spring and Summer are When Bugs Are Most Likely to Kill

In Texas, we’re just beginning to enter the time of year when bugs will be active. In the cold winter months, they die off or are otherwise inactive, only to emerge each year beginning around the end of March, as the temperature gets warmer. This is also the time of year when insects tend to lay eggs, and the larvae that hatch from them are often the real troublemakers.

These insects, which as the name implies can kill ash trees by burrowing into the trunk, only recently started to appear in Texas. They’re in an invasive species from Eastern Asia that was first discovered in the US in 2002. It wasn’t until 2016 that they were spotted in Texas. Emerald ash borers have been found in Tarrant and Dallas Counties, although they’re still fairly rare. Fortunately, organizations are working to treat local ash trees to mitigate the threat.

If you notice the ash trees in your yard have a thinning crown, splitting bark, or holes in the trunk that look like a ‘D,’ you might have an EAB infestation. Since these are an invasive species that can wreak havoc on an ash population (an infested tree likely only has a year or two before it dies), you should call the USDA Emerald Ash Borer Hotline at 1-866-322-4512, or make a report online as soon as possible.

There are a few different varieties of bagworms in North Texas. All of them create a “bag” for the larval stage, similar to a butterfly’s cocoon, with the difference that a bagworm will incorporate the leaves or needles of the tree onto the outside of the cocoon.

Bags hatch in the spring, and then the caterpillar emerges, which then feasts on foliage. While one or two bagworms will only be a small nuisance that you can remove yourself, if you have many, it’s best to contact a certified arborist. Otherwise, the bagworms can do irreversible damage.

These beetles are very small, so you probably won’t notice them on your pine trees. You can, however, notice the “pitch tubes” where they entered the bark. These are sticky globs of pitch, usually white or slightly darker. If the tree’s needles have changed from green to brown or red, that’s another sign of a Southern pine beetle infestation. And don’t let their size fool you: These bugs can kill your trees.

Trees that are already weak from drought or weather damage or particularly susceptible, but Southern pine beetles can kill an otherwise healthy tree by burrowing under the bark and girdling it.

The best defense against southern pine beetles is making sure your trees are strong and healthy. If you do find your pine trees overrun, some insecticides are effective, though we hope you won’t get to that point.

These are the largest aphids in North America. They’re grey, with dark spots, and long legs compared to the length of their bodies (about ¼ inch). They’ll attach to twigs and young trees — mostly elm, oak, and maple — where they’ll draw out fluids.

These cause more damage than any other aphid. Though these bugs usually cannot kill a tree, in bad infestations where hundreds of them cover a tree’s limbs, they can be lethal.

Fortunately, giant bark aphids are treatable. Contact an arborist, and they’ll be able to come out and identify the pests, then take necessary steps, which usually involves pesticides.

Remember, there are real consequences if you don’t take steps to remove a bug infestation, so keep an eye out for the warning signs.

← Old Post: Signs That a Tree Will Fall New Post: How to Take Care of Fruit Trees in the Spring → 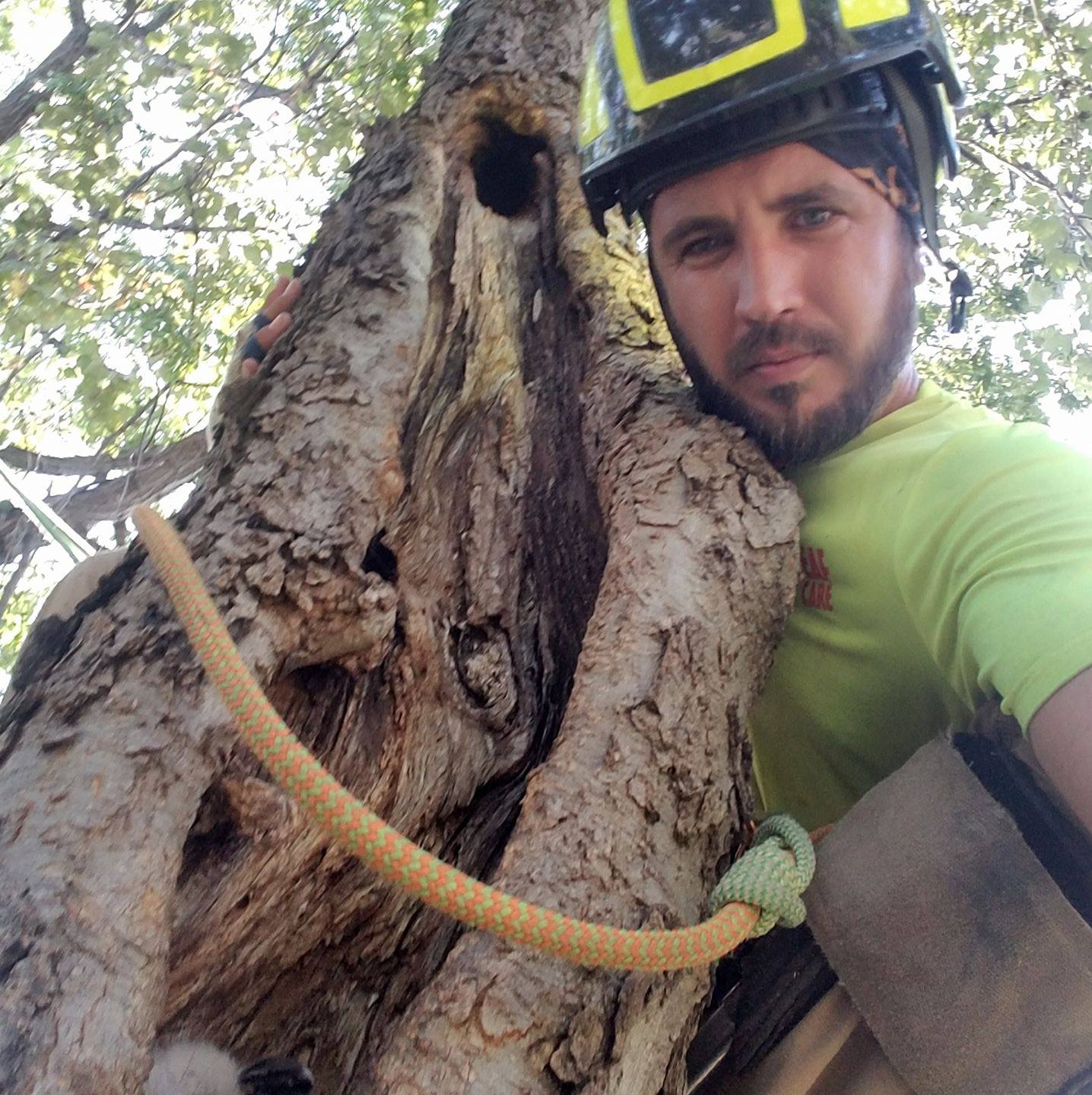 Brandon Crowell is the owner and operator of Arbor Leaf Tree Care. He is a certified arborist who, for more than 18 years, has helped Dallas/Fort Worth-area homeowners retain the natural beauty and value of their properties. He is on call 24/7, 365 days a year.
We are Available 24/7!
Email Us